Anyone who knows anything about mobile phones knows that SIM-only mobiles offer the best data packages at a price that’s cheap as chips. If you’re not too bothered about getting the latest iPhone, you can save yourself hundreds of pounds a year by switching to a SIM-only plan.

But, what SIM-only deals are the best? Well, there’s one that knocks it out the park – the Vodafone SIM-only deal.

Vodafone was one of the first networks to rollout their next generation 5G network. With it came an end to Wi-Fi hunting, no lagging and consistently fast speeds, whether you’re sat on the couch at home or at Glastonbury with 200,000 music fans soaking up the summer and sounds of the best bands on the planet.

How fast is Vodafone 5G?

5G is around 10-times faster than 4G. The average speed is between 150-200 Mbps, and peak speeds will be more than 1Gbps. This means that you’ll be able to download a full movie in just 7 minutes. With 4G LTE, downloading the same movie will take around 50 minutes.

Speeds do vary depending on different factors, the most important of which is the bandwidth. What does this mean? In simple terms, the wider the bandwidth, the more information can be sent – and the faster it will be received as there’s lesser chance of congestion and bottlenecking.

Given that the average download speed of 4G LTE is 42Mbps and peak speeds are 300 Mbps, you can begin to see just how much faster 5G is than 4G LTE!

Talk for hours and hours

Anyone who spends hours on the phone, whether talking to friends or colleagues will love Vodafone’s SIM-only deals because they offer unlimited minutes and texts. 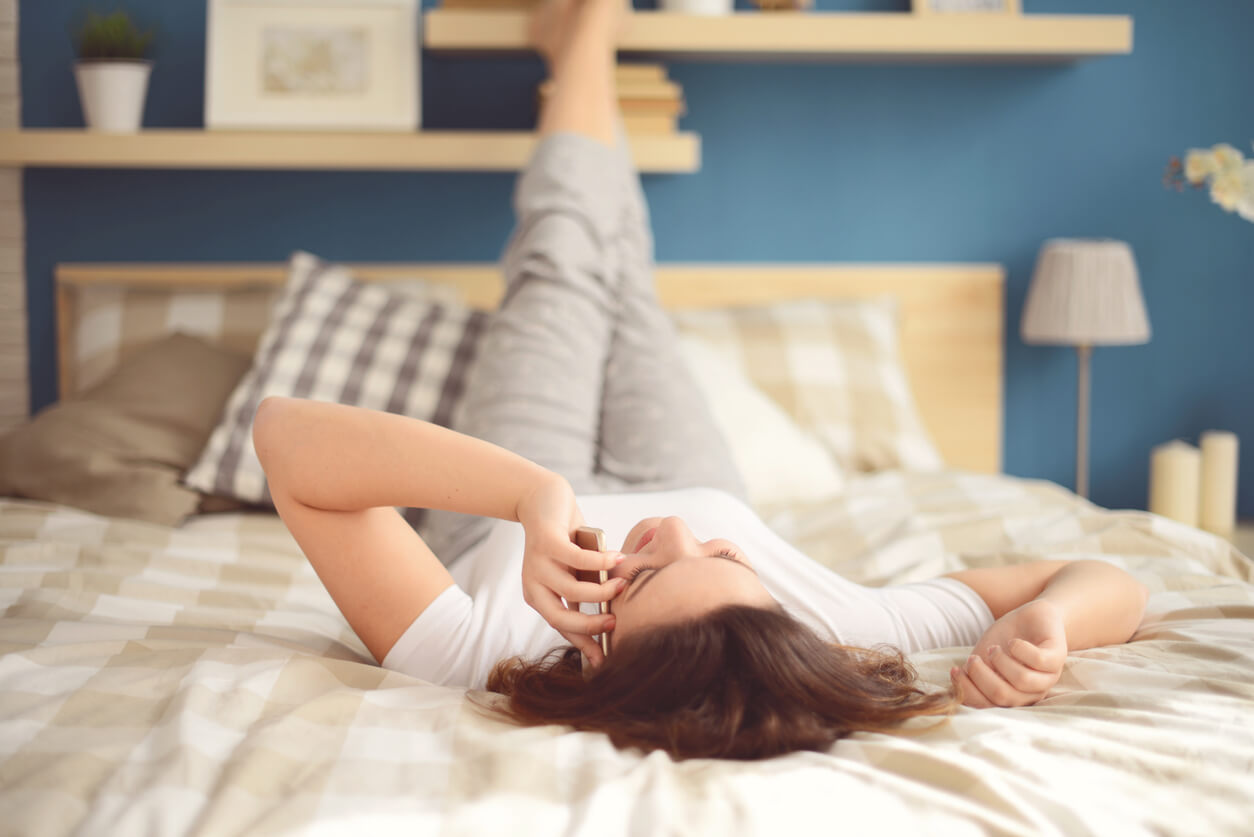 With Vodaphone's unlimited minutes plans, you can talk endlessly on the phone to your friends and family.

If you don’t want to have unlimited minutes, no problem. You can also choose to limit your minutes every month... something that’ll prevent you chatting away on the phone night after night, at least!

Whether you’re flexible on price or have a monthly budget to stick to, don’t worry Vodafone’s SIM-only monthly deals have you covered.

Grab a SIM-only deal for 30 days and get unlimited calls and texts anywhere in the UK for £11 a month! You’ll be able to enjoy a data speed of 2Mbps which is more than enough to tweet about current events or check your Facebook friend requests!

Alternatively, you can choose a SIM-only deal with unlimited data, calls and texts for just £22 a month. You’ll get the same data speed of 2 Mbps that makes it easy to download and stream your favourite songs on Spotify and watch YouTube on the go.

Then there’s several 30-day plans which offer faster speeds. For just £29 a month, you’ll be able to stream movies or play games on your phone with ease or browse online without the frustration of waiting for pages to load.

Looking to sign-up for more than 6 months? If so, Vodafone’s SIM-only deals offer big benefits! For just £32 a month, you also get a TV entertainment package of your choice! Watch the latest matches or films right from the cinema with fast data streaming – there's even data roaming in 77 different destinations.

Happy to take on a longer commitment? SIM-only 18-month deals could be just for you. Choose from 1 GB to unlimited data which include the entertainment package with the fastest internet speed.

For just £23 a month you can get an 18-month entertainment package and 20GB of mobile data. Pay £32 a month and you can get broadband thrown in too – at a saving of €3 a-month!

Thinking of how much money you could save by switching to a SIM-only contract? Why not take it one step further and save on your broadband too? Click the link here to see how much you could be saving on broadband deals in your area.