Will Your Broadband Be as Fast as Advertised?

For most of us, broadband speed is the deciding factor when choosing a broadband package. Though how much broadband costs is important, slow, unreliable broadband can cause more headaches than any monthly expenditure.

Of course, providers aren’t always to blame for slow broadband. Network congestion and fair use policies can put the brakes on Internet speed, but these aren’t the only reasons why your broadband isn’t as fast as advertised.

So, for anyone who’s interested in finding out if they’ll get the broadband speed advertised, we’ve written a handy guide.

How broadband speeds are advertised

For years, broadband speeds have been advertised as up to a certain speed. This doesn’t mean that you should expect lightning fast broadband every time you go online.

All Internet Service Providers (ISPs) should explain to customers that actual speeds are likely to be lower than headline or advertised speeds. So, ISPs should give potential customers an estimated line speed based on their postcode and the information they have about a customer’s line.

Broadband speeds are measured by the amount of data (megabits) that are downloaded per second. A broadband speed test will measure both the upload speed (how many megabits of data you can send from a computer to an online server or device) and the download speed (how many megabits of data per second it takes to download data, such as text, images and videos.)

The speed test is only able to capture a snapshot of the speed and should be considered an indication, it’s not necessarily the average capacity. Why? Depending on the amount of online traffic, some activities can be slower than others.

For example, most providers slow peer-to-peer software at peak times, whereas others may prioritise gaming traffic.

Why is my Internet speed so slow? 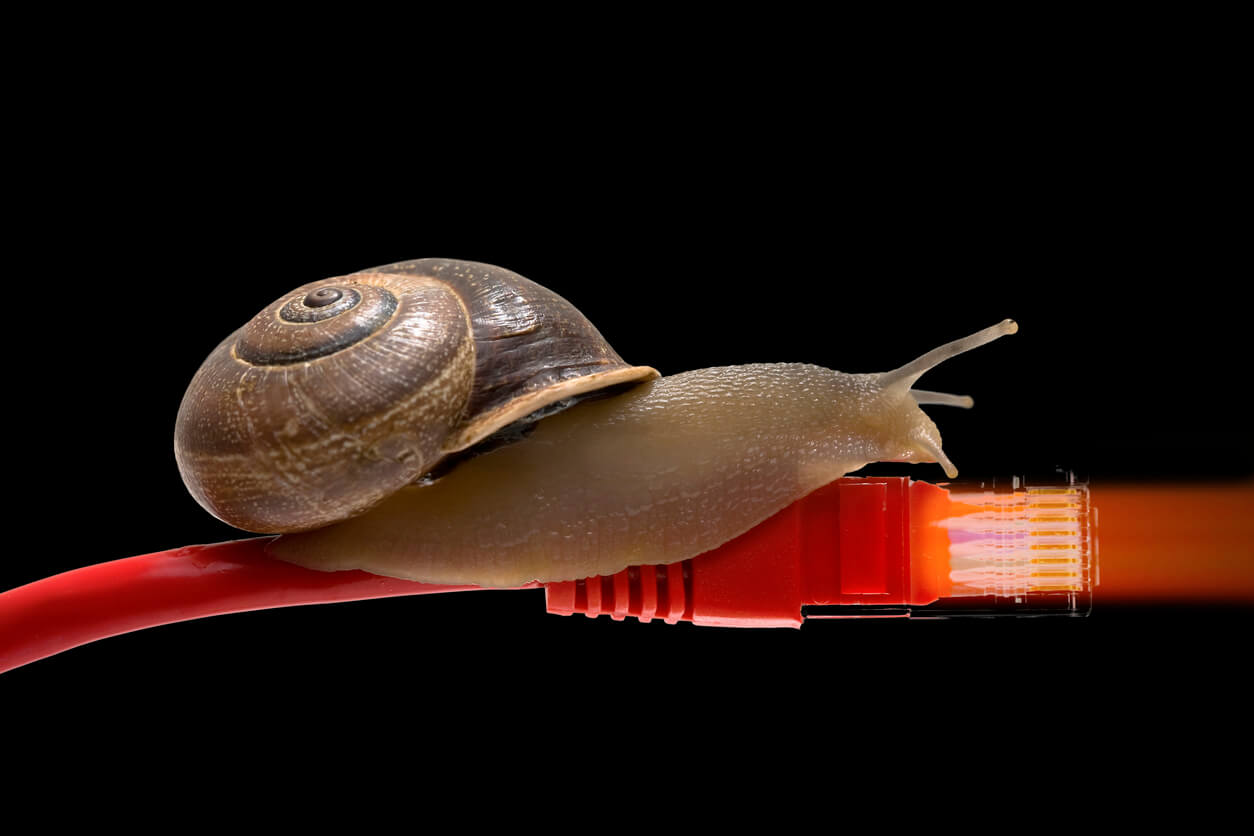 Is your internet running at a snail's pace? Here's how to fix it.

Where you keep your router... whether it’s old or damaged... who uses the Wi-Fi... and what they use it for will all affect your connection. If you’re consistently frustrated by a connection that operates at a snail's pace, be sure to check the following:

The position of your Wi-Fi router – if your router is hidden behind furniture, cupboards, walls or even on a different floor, try moving it closer to where most of your online activity is.

The condition of your router – old or damaged routers don’t perform as well as brand-spanking new ones. If you’ve had the same router for years, it might be wise for you to get a new one.

The needs of your house – having laptops, desktops, tablets and phones all using the same connection in your home will drain the speed. Additionally, if anyone works from home, downloads large files, streams video content or plays games online, this too will affect speed.

The broadband speed in your area

In the UK, broadband speeds currently range from 8Mbps to 1Gbps. The speed you’ll get is mostly dependent on where you live. The key factors that influence broadband speed are:

How to get the broadband speed advertised

To find broadband deals in your area with speeds that are reliably fast, enter your postcode on the Switchly website. Whether you’re looking to get a faster connection, or simply a better broadband deal for the same speed, check and switch to a better deal.